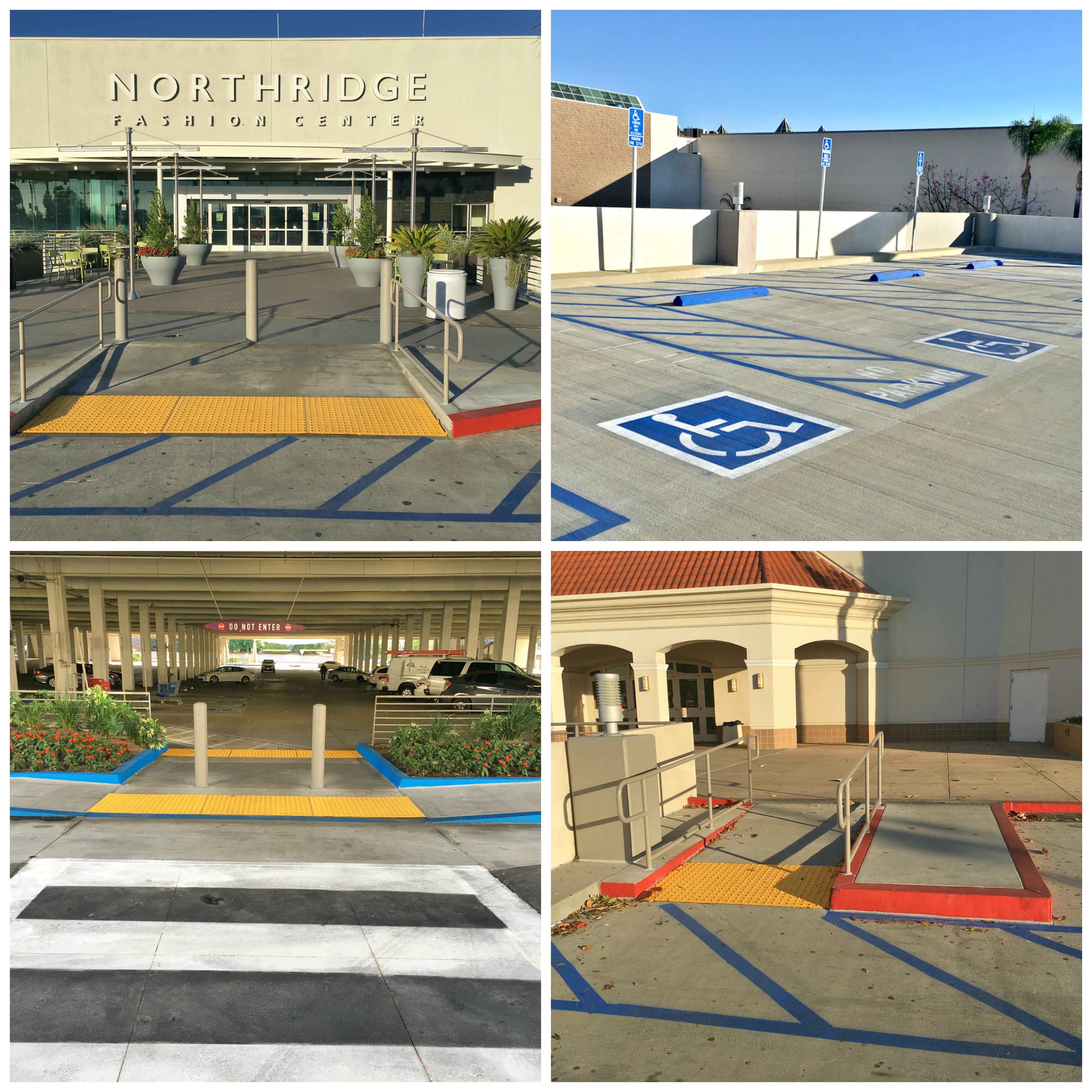 Caliber Paving was contracted to upgrade the ADA access at the Northridge Fashion Center located in Los Angeles. This large shopping destination opened in 1971, and has gone through several expansions and renovations since then, including some complete rebuilds after it was severely damaged by the Northridge earthquake in 1994.

Caliber Paving designed this ADA upgrade project to comply with existing requirements and regulations set up by the American Disabilities Act. It was an exciting challenge because of the level of difficulty with making older structures comply with modern requirements. During the four months of construction Caliber worked in conjunction with mall management to progress through each phase and area deliberately. We wanted to ensure that our crews would not be disruptive to the tenants and patrons of the mall and surrounding retail pads.

Phase one consisted of replacing concrete ramps to achieve allowable slopes in accordance with the latest ADA standards, modifying asphalt parking stalls, and the striping at path of travel access areas in forty-seven locations within the parking structures.  Contrasting detectable warnings (also known as truncated domes) were also added to multiple mall entrances and various locations within the parking structures. On phase two, Caliber provided access from ninety-two exterior parking locations, in addition to providing pedestrian access to the mall and retail pads from the existing city sidewalks and bus terminals.

Every aspect of ADA access was encountered and our team did an amazing job.

“Countless, unseen details are often the only difference between mediocrity & magnificence.”